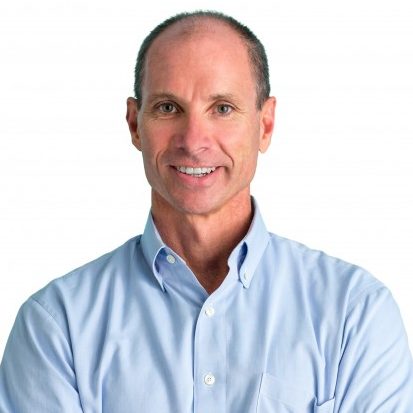 Be Open to the Outrageous

According to Copper, the problem for those with ADHD or other attention issues is not that they have trouble paying attention, but that they are paying attention to the wrong things. “In today’s society it is convenient for them if you do it their way,” Copper says. “This blinds us to witnessing our natural patterns of attention. I tell my clients to let go of what you think you should do and be open to the outrageous, the out of the box thinking.”

“Much of the success that I have had in my life has been the result of my giving up what I was ‘supposed to do’ and figuring out how to do things the way my brain works.”

Copper, diagnosed with dyslexia and learning disabilities at a young age, grew up struggling with many of the same issues those with ADHD face. In fifth grade his reading and math scores were comparable to those of a second- or third-grader despite his mother’s best efforts to help him succeed.

Copper says his mom, who was a teacher, would often wake him up at 4:30 a.m. to help him catch up on the schoolwork he hadn’t been able to finish the night before. He also worked with a slew of tutors over the years, “but they just grew frustrated with me.”

In college, Copper became overwhelmed with the amount of reading required until he figured out what worked for him. He says he would read the first line of each paragraph and begin to pay attention to the gist, to look for patterns, how things are connected to each other. Copper says he had to learn how to look at the world in a “functional” perspective and when he coaches, he uses this approach to look behind his client’s words, to pay attention to the details underneath.

As an attention coach, Copper says he has the unique advantage of having “walked in the shoes of those whose brains are wired differently.” Like people with ADHD and other attention problems, he says, “I, too was frustrated, stuck, and overwhelmed.”

He explains, “metaphorically, having different brain wiring is like being born left-handed in a right-handed world. Society and the self-help sections in bookstores are quick to suggest right-handed solutions. If we were all the same, there wouldn’t be such a thing as left-handed golf clubs. The fact is, we are all different. ADHD coaches help those with ADHD find ADHD solutions.”

Copper also loves helping his clients learn how to refocus, paying attention to their strengths rather than their weaknesses. He knows that if it wasn’t for his natural ability and passion for swimming, for instance, he might not be where he is today. The sport helped raise his self-esteem, an issue Copper struggled with because of his lackluster performance in school.

Driven by Dedication, Discipline, and Desire

Copper also attributes the discipline of the sport for helping him to persevere in college and beyond — as did the taste of success. By his junior year in high school, Copper was a top-ranked competitive swimmer and made the USA Swimming National Championships. He participated in the Olympic Team Trials in 1980 and again in 1984, made consolation finals in the World Game Trials, U.S. Nationals and NCAA Finals. Copper went on to swim at Indiana University where he earned a Bachelor’s Degree in Public Affairs.

Driven by dedication, discipline, and desire, Copper continued in his athletic pursuits, became a successful salesman, married, began a family, and went to graduate school. In 2007 he switched gears and became an attention coach for individuals and entrepreneurs seeking personal or business results. Copper can now boast of being a graduate of the Coaches Training Institute (CTI) certification program, the ADD Coach Academy (ADDCA), and the ADDCA Entrepreneur Class of May 2007.

“Coaching comes easily for me, “ he says. “I got through life paying attention to what was being attended to, which is the key in coaching attention in others.”

Listen and Watch with Attention Talk

Copper’s drive also contributed to the creation of an audio podcast, which eventually morphed into Attention Talk Radio, one of the leading sites for self-help internet radio shows focusing on ADHD and ADD. Copper admits that even he is a bit surprised at the longevity of his radio show. “I expected to do it for a particular amount of time and figured that at some point, I would run out of steam.” The show, however, has continued to run at 8 p.m. every Wednesday for the past five years with Copper interviewing a different expert every week.

Copper says it is very rewarding to help others gain insight and greater understanding of their attention issues and find solutions. He has also learned from each and every one of those he has interviewed. “The education I have received from interviewing and getting to know so many of the experts in the field of ADHD is invaluable,” he says.

Copper has also added speaker to his resume presenting at various conferences around the country including the ADDA Conference (Adults with ADHD), C.H.A.D.D Conference (Children and Adults with Attention Deficit Hyperactivity Disorder), and the ACO Conference (ADHD Coaches Organization).

“It makes me feel good to be able to demonstrate my philosophy,” Copper says. “I don’t just preach it, I live it!”

Judy Brenis is an ADHD coach in Santa Cruz, California, and the author of the book, ADHD Heroes.  ADHD touched her life when her now-adult daughter was diagnosed with ADHD at age five.  Judy is passionate about helping those with ADHD create successful, happy healthy lives.  Reach her at www.judyadhdcoaching.com