The Body Double: A Unique Tool for Getting Things Done

Can something as simple as another person’s presence make it easier to stay on task?

While there’s no research to prove its effectiveness, ADHD body doubling is helping many people get things done – starting with my client, David.

When I first met David, he was a retired vice president of a major corporation. In his “retirement,” he was running three businesses out of his home-based office, two of them overseas.

Observing David in his workspace, I found him to be quite organized. He wasn’t sitting eyeball-high in papers. In fact, he hardly had any papers around him at all.

He had working systems in place, but he felt terribly disorganized and distracted.

David contacted me because I specialize in coaching adults with Attention Deficit Hyperactivity Disorder (ADHD). During my twenty-three years of coaching, I have gathered many tools and strategies for helping clients accomplish desired change and create order out of chaos.

The tool I want to share with you today is one born of the unique mix of client and coach inventing together. I call it the body double.

What Is ADHD Body Doubling?

ADHD body doubling is a productivity strategy used by individuals with ADHD to finish possibly annoying jobs while having another person beside them. This person is the body double. The body double’s duty is to keep the individual with ADHD focused on the task at hand to reduce potential distractions.

David had been surprised by a recent diagnosis of ADD, which explained his lifelong difficulty accomplishing mundane tasks that others seemed to handle with ease.

As a VP in the corporate world, he had always had an executive assistant to connect the dots and pull loose ends together. Now, however, he had the time to do these tasks. He even had the will to do them. He just couldn’t stay on track.

David’s wife also ran a business out of their home and had her own well-organized office. She offered to advise him, but they both quickly agreed this just didn’t work.

That’s when they asked for help.

First, I helped David modify his storage systems. Then together, we honed his time management and prioritization systems.

Nothing, however, seemed to address the problem of his inattention and distraction. There were days, too many days, when he easily got off track or found it hard to transition from one task to another.

Frustrated, puzzled, and somewhat embarrassed, he confessed, “You know, it seems that, sometimes, if I just have my wife sitting in a chair nearby, I can accomplish more than if I’m alone.”

Though reluctantly, David had identified a strategy that really worked for him. I instantly realized that I had seen this same effect before with other clients.

There were times when just having someone in proximity (not advising, sorting, or strategizing) brought clarity and focus. I felt it. I knew my clients felt it, too.

This phenomenon of just being there, which David first described out loud, I named thebody double. 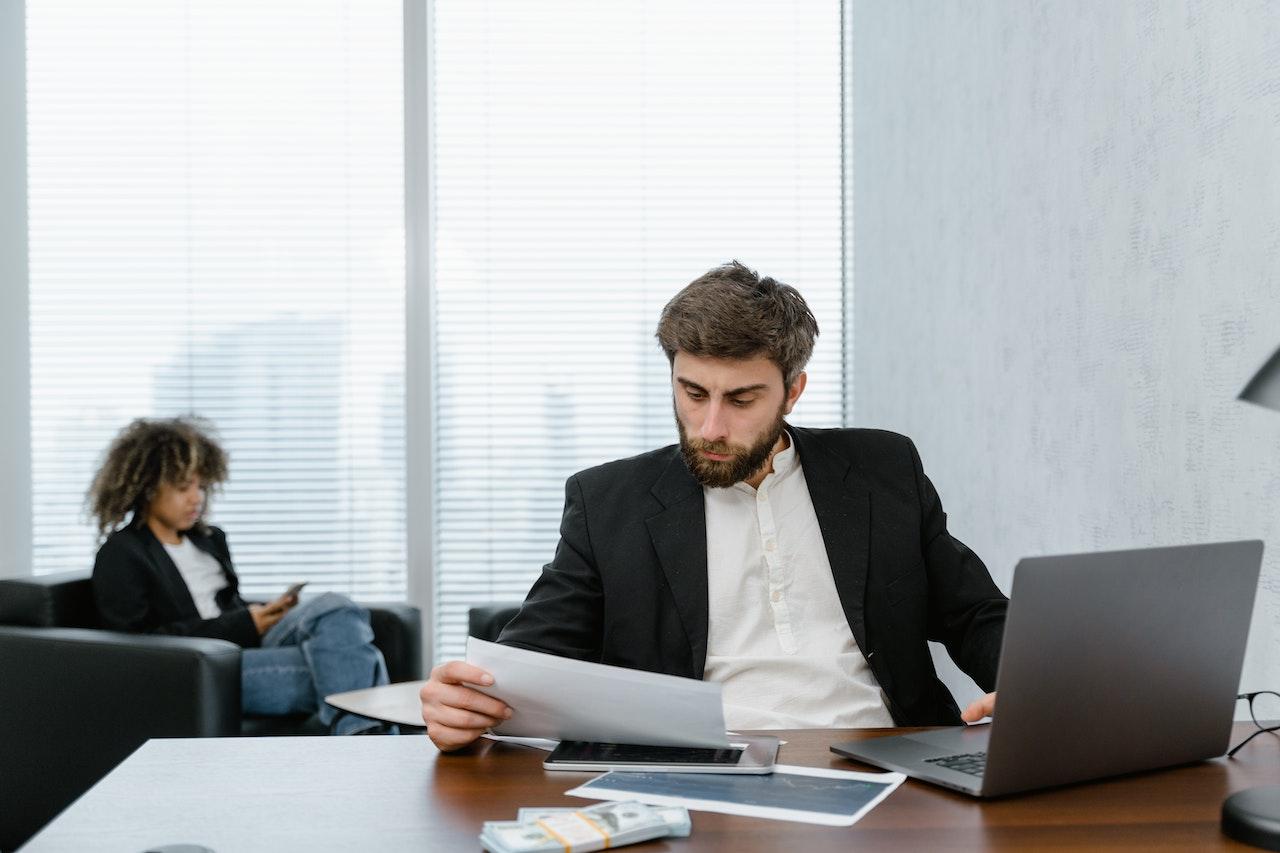 Why Does Body Doubling Work?

There are a few possible explanations as to why a body double works as a strategy for getting through challenging or boring tasks. In the moment, it can counter ADHD symptoms that sap motivation, focus, and energy.

The simplest is that the body double serves as a physical anchor for the distracted individual who feels more focused by the presence of another person in their space.

The distracted person feels responsible to and for the body double.

This perception translates as­–I can’t waste this gift of time.

Another explanation might be that the body double serves as a kind of mirror – a calm reflection for the individual with ADHD of how their over-stimulated mind and body would like to be at the moment.

It Provides a Model of Calm Focus

The body double becomes a model of control and a mirror, confidently reflecting the message: I can concentrate. I am working. I am focused.

This theory might actually carry some weight. In the 1980s, neuroscientist Giacomo Rizzolatti, MD, along with colleagues at the University of Parma, made a serendipitous discovery while researching macaque monkeys. They observed that specific neurons in the macaque’s brain fired when watching another monkey, or a human, reach for a peanut. They named these neurons “mirror neurons.” [1]

The researchers theorized that mirror neurons also existed in humans, and were the likely explanation for our ability to emulate and empathize with others.

As much as this seems to make complete sense, and sounds like the perfect validation for thebody doubleeffect, please note the scientific community is in quite a bit of disagreement as to whether humans actually have mirror neurons.

So, the mirror neuron theory does not give us a definitive answer.

Adds Positive Energy to the Workspace

I have one more explanation to offer as to why the body double might work.

In eastern cultures, energy is referred to as chi (or qi). It is viewed as being either in or out of balance in the human body and the surrounding environment.

Acupuncturists move chi, or energy, to recreate balance and promote health. There are many forms of exercise and meditation, tai chi and chi gong, to name a few, which are about the management and flow of energy.

Feng shui (fung shway) is the 5,000-year-old art of balancing positive and negative chi in the space around us, with the goal of optimizing healthy energy in one’s living and working space.

Whichever explanation you prefer, there’s no denying the effectiveness of the body double.

Consider this strategy a gift from David and the many other ADHDers who have experienced its magic. If a task requires your attention and seems impossible to complete alone – beg, borrow, or pay for a body double to sit in the chair next to you. 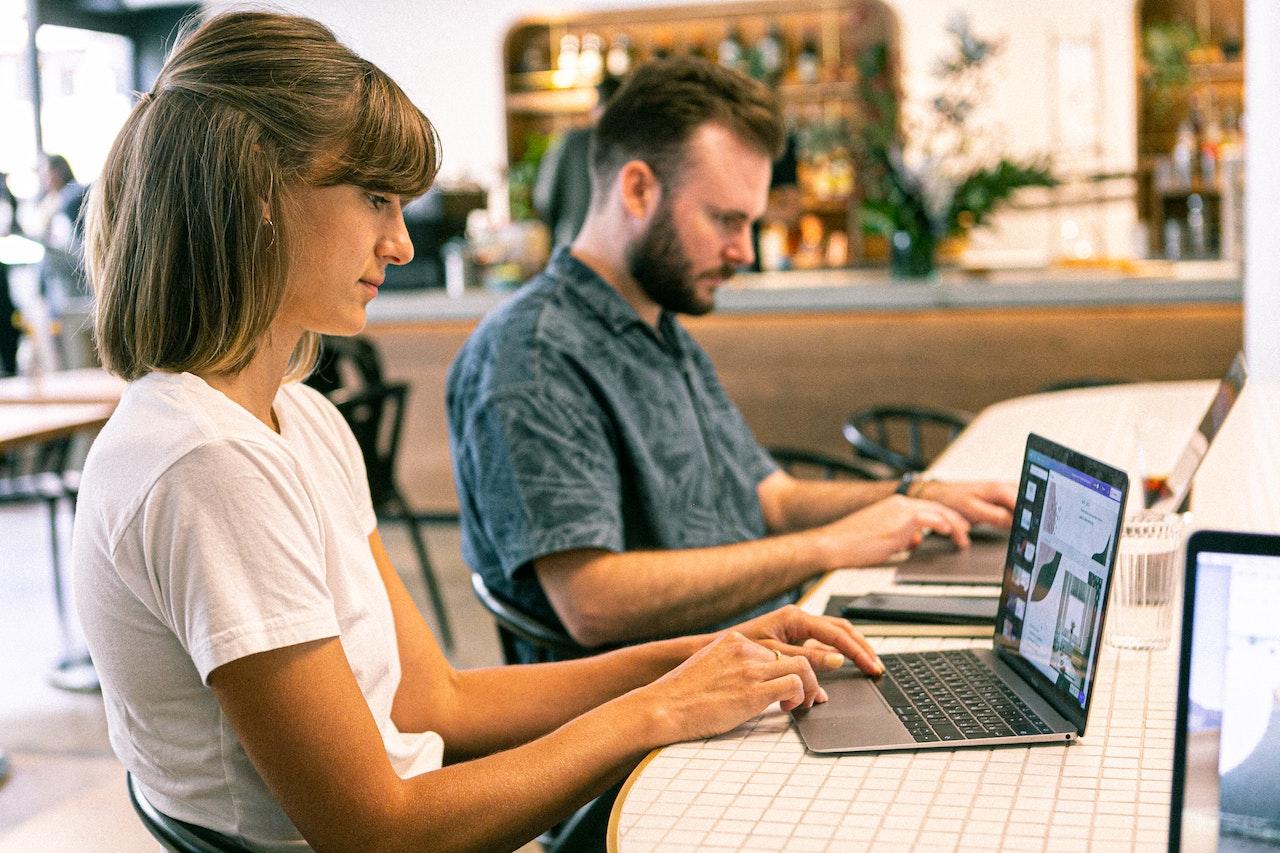 What to Look For in a Body Double

Who and what should you look for in a body double?

Find someone who can be quiet and independent. They can sit, read, knit, or work quietly on a laptop. Their job is to not engage with you.

It requires energy to instruct, supervise, or be interrupted by another person, and that expenditure of energy equates to distraction.

This is not to say that you do not need to hire outside help – a professional organizer or office assistant.

You may also consider finding an ADHD coach to help you identify the best strategies for you.

I encouraged David to hire a student, retiree, or fellow church member to sit and keep him company. His wife may not be the best person for the job, but he could use her in a pinch.

Following our discovery, David occasionally hired short-term office support help, who sometimes served as a body double and other times as office assistants. Knowing when to hire someone to help with office work or with just paying the bills is a valuable skill in getting things done.

In lieu of any proven scientific explanation, the body double is a chair holder, space taker-upper, karmic anchor, or a wedge between you and the door.

Hopefully, it might be a helpful tool in your magic bag of tricks to use at just the right time to get a job done and stay on track.

Linda Anderson, MA, MCC, SCAC, is a master certified coach, a leader in the field of ADHD coaching and the founder of Getting Clear.

(1) Thomas, B. (November 6, 2012) What’s So Special about Mirror Neurons? Scientific American. Retrieved May 1, 2016, from http://blogs.scientificamerican.com/guest-blog/whats-so-special-about-mirror-neurons/

ADHD and Depression: Exploring the Connection 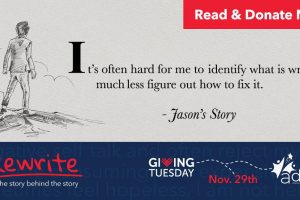 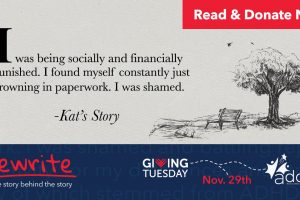 I was shamed. Now I’ve found my people… People who “just get it”