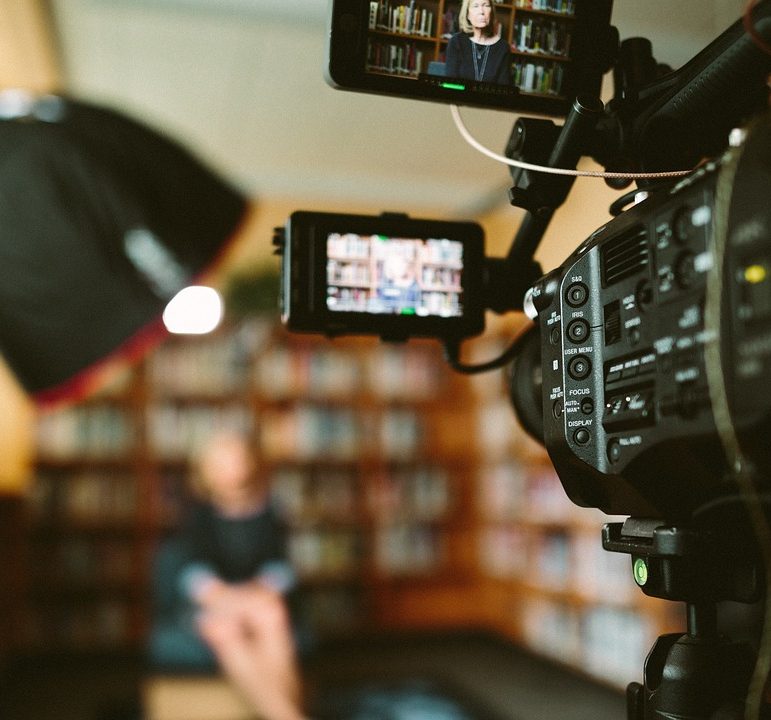 At the age of 32, Michael Camoin was fired from his job as a school social worker. Then he received a dual diagnosis of ADHD and depression. It was a tough year.

Letting Go of Should

Today, he is a leader in independent film production in northeastern New York. “My passion is pursuing independent motion pictures. I rarely ever look at the clock other than to see how much time is left in the day,” said Camoin. His road to success began once he let go of doing what he thought he SHOULD do and decided to build upon his true passion. Since he was a very young boy, Camoin had a love of independent films and dreamed of securing a place in the industry.

“My brother and I would take our father’s 8 mm film projector, close the garage door and drape a sheet over it. We’d charge the neighborhood kids a nickel to watch these short films we had collected and kept in a shoebox,” Camoin said.

But like so many people with ADHD, Camoin got sidetracked from pursuing his dream. An English major, he ended up working as a camp counselor and computer salesman before returning to college to earn a master’s degree in social work. This time, he landed a job in his chosen field as a school social worker. Six years later he was refused tenure. “When I didn’t receive tenure, I finally thought, ‘Boy, there has to be a reason for this,’” said Camoin. He then sought help from a therapist and received his diagnosis of ADHD and depression.

“Getting diagnosed was actually a relief,” Camoin said. “Knowing why I had struggled so much helped me understand it wasn’t my fault.”

Armed with this new understanding of himself, Camoin set out to learn about ADHD. He hired an ADHD coach to help him create tools and strategies “to help me handle and manage my ADHD symptoms.”

David Giwerc, ADHD coach and founder of the ADHD Coach Academy, worked with Camoin. They worked on simple things that made a huge difference. Always hanging his keys on a hook behind the door meant he no longer had to worry or spend time looking for them. They also worked on big things. Giwerc helped Camoin reign in rumination, negative thoughts and impulsivity. “Today I know not to hit that send button after writing an e-mail if I’m upset. I wait until I have run it by others.”

His coach also gave him excellent words of advice – focus on the things you are passionate about. Do what makes you happy.

Focus on the Things You Are Passionate About

Having moonlighted as a film director for six years, Camoin heeded his coach’s advice and applied for a loan through the Americans with Disabilities Act to create his own video production company.

“My coach taught me to look at my assets and how ADHD can be an added benefit, not a deficit,” Camoin said. “When I take a good look at myself, I see I really have extraordinary abilities, abilities that most people don’t have.”

There are challenges, but Camoin now knows he can figure out a way around them, instead of giving up. For example, Camoin discovered that ADHD medication didn’t help him. He and his coach figured out exercise was the most effective way to get his brain in gear and ready to work. “So, exercise became a regular part of my daily schedule.”

“I wanted to write a screen play, a dream I’ve had for a very long time. I’d get on my bike, my laptop in my backpack, and ride, stopping on the way home at a local cafe,” Camoin said. “There I would put on my headphones, listen to music and begin to type. Next thing you know, in 30 days, I wrote a 95-page screen play.”

Camoin also gave himself permission to delegate tasks he finds difficult. Like many entrepreneurs with ADHD, he struggles with bookkeeping and other paperwork. By hiring interns, Camoin reduces his workload and stress level. He also enjoys spending time helping others who want to break into the film industry. “There is nothing better than when someone thanks me for giving them their first paying job in the industry. That’s cool,” Camoin said.

“And it gives me time to do what I do best, creating. I love everything about film. Filmmaking and storytelling is my passion. I love to do it, and even when I’m not getting paid to do it, I do it. At the end of the day, in the editing room when you put things together that were meant to be together, two scenes that just go together, that’s so wild,” Camoin said.

“To be a director you need to understand history, music, painting, business and economics. I love being involved in every aspect of it. It seems endless to me, from the writing stage to the incredible challenge of finding financing, envisioning it, reaching the audience and knowing beforehand that it is going to have an emotional impact on the people viewing it.”

Tackle Your ADHD with Learning and Support

Camoin emphasized people with ADHD shouldn’t let their challenges hold them back.

“First, learn about your ADHD.”

“A big part of managing your ADHD is becoming more self-aware. As someone with ADHD, you are extra sensitive. You are attuned to a lot of things, but you might not be attuned to yourself.

“Get a support system in your life. Find an ADHD coach who has an interest in your field of business, a coach with whom you feel a connection.”

“I’ve met hundreds of creative professionals who suffer needlessly,” Camoin added. “They’re hindering their own careers as writers, musicians, and artists. They’re extremely bright, yet completely unaware of the skills needed to manage their ADHD traits and so they underperform. Having knowledge of ADHD and the skills to manage my ADHD symptoms keeps me grounded, focused and on track.”

Camoin reflected on the life lessons he has learned on his ADHD journey. “My coach always told me to remember that the good opinions of other people are not better than my own good opinion of myself. I didn’t quite understand it at the time, but I came to realize that I know just as much as others. You need to respect yourself, to value your own opinion and then become an advocate for yourself and the work you are trying to do.”

Judy Brenis is an ADHD coach based in Santa Cruz, California. ADHD has touched her life through her daughter who was diagnosed with ADHD at age five, and Judy is passionate about helping those with ADHD create successful, happy, and healthy lives. Reach her at www.judyadhdcoaching.com

My Name is Cecilia and I Have ADHD