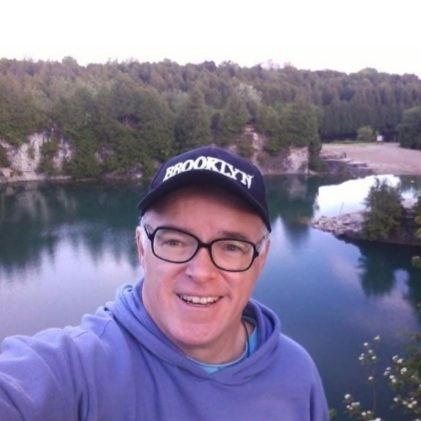 Mr. Wayne O’Brien – ADHD Coach, BBA, TESL, CTM, ALWF is the Co-founder of the Toronto Adult ADHD Support Group (TAASG), since 1995, now in its 25th year with over four thousand members, half of who reside in the Toronto area. Wayne is proud to be a Director of the Seeds of Hope Foundation in downtown Toronto.

He has created and facilitated several courses for both and externally for the University of Toronto, St. Michael’s Hospital, John Howard Society, the Krasman Centre, the maximum-security prison at the Maplehurst Correctional Complex, and several other organizations. He is one of a few active Advanced Level WRAP Facilitators (ALWF) in Canada.

Wayne completed a Bachelor’s Business Administration Degree (BBA) with honors from the renowned Wilfrid Laurier University Business School, a teaching certificate, graduate studies in computer science at Harvard University, and several years of schooling in social work studies. He has been naturally ‘on the go’ since early childhood, thanks to his Attention Deficit Hyperactivity Disorder traits – travelling extensively through all 10 provinces in Canada, all 50 states in the USA, and over 25 countries.

His initial fascination in coaching stems from working part-time for more than 25 years with the late National Hockey League coach and recipient of the Order of Canada, Dr. Roger Neilson. Wayne is thrilled to have found his passion and purpose in facilitating and teaching practical evidenced-based courses supporting thousands of adults impacted by ADHD. He is delighted to see so many thrive and flourish with their gifts, skills, and talents after overcoming or effectively managing their highly treatable challenges.