ADHD in the Workplace 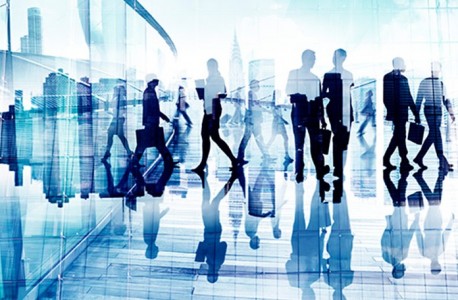 At work, at home and in relationships, new survey findings point to ADHD challenges in adults.

TITUSVILLE, N.J. (September 18, 2008) – Adults diagnosed with Attention Deficit Hyperactivity Disorder (ADHD) say that having ADHD significantly impacts their ability to focus at work, as well as their responsibilities at home and their relationships. These findings were according to a national survey including more than 1,000 adults across the U.S. diagnosed with the condition.

McNeil Pediatrics™, Division of Ortho-McNeil-Janssen Pharmaceuticals, Inc, sponsored the survey as part of its commitment to the ADHD community’s 2008 National ADHD Awareness Day.

ADHD is thought to affect about nine million adults in the United States, and research on the life span of the condition notes the disorder can impair academic, social and occupational functioning, and is often associated with academic underachievement, conduct problems, underemployment, motor vehicle safety and difficulties with personal relationships.

“Findings from today’s survey underscore the impact ADHD can have for adults who are struggling to cope with and manage this condition at work, at home and in their relationships,” said Dr. Edward Hallowell, a practicing psychiatrist and founder of the Hallowell Center for Cognitive and Emotional Health in Sudbury, Mass. “As a psychiatrist who has treated adults with the condition for more than 25 years, and as an adult who was diagnosed with ADHD at age 31, I know firsthand the importance of working with a healthcare professional to identify strategies that may be effective in controlling ADHD symptoms, such as behavioral modifications and medication.”

The survey findings on adults with ADHD reinforce previous findings from a recent World Health Organization (WHO) report, which concluded ADHD is a relatively common condition among working adults and is associated with impairment and work performance. The WHO survey also found that only a small number of employed adults with ADHD are being treated for the condition, even though

evidence shows medication can be effective in improving ADHD symptoms, and that on average, adult workers with ADHD miss more than three weeks a year in workplace productivity.

Conducted by Harris Interactive on behalf of McNeil Pediatrics™, key survey findings included a variety of participant perspectives, including:

Of those adults on medication, four out of five (81 percent) reported that not taking medication negatively impacts their work or home performance. Patients on medication said they are focused primarily on goals of symptom control and improving performance at work (74 percent), at home (69 percent) and in relationships (62 percent).

“I was diagnosed two years ago after I realized that some of the stress I felt from trying to keep up with my career, home and family might be more than stress,” said Natalie Knochenhauer, a former public defender, non-profit executive and founder of the Metro Philadelphia Chapter of Children and Adults with Attention Deficit Hyperactivity Disorder (CHADD), and advocacy chair of Pennsylvania CHADD.

“After my diagnosis, I felt like I had extra hours in every day to accomplish what I needed to get done. Because of the clear benefits I have experienced, I work closely with my doctor to manage my condition, which enables me to perform better in all aspects of my life.”

About Dr. Edward HallowellDr. Edward (Ned) Hallowell is a practicing psychiatrist and founder of the Hallowell Center for Cognitive and Emotional Health in Sudbury, Mass. A former instructor at Harvard Medical School, he is the author of 10 books, including the bestsellers on ADHD: “Driven to Distraction”, “Delivered from Distraction”, and, most recently, “CrazyBusy”. Dr. Hallowell has ADHD himself. He is a paid consultant for McNeil Pediatrics™.
About Natalie KnochenhauerNatalie Knochenhauer is the founder of the Metro Philadelphia Chapter of Children and Adults with Attention Deficit Hyperactivity Disorder (CHADD), and is advocacy chair of Pennsylvania CHADD. With four children who also have ADHD, Natalie realizes that adults with ADHD have issues at work with deadlines and procrastination and that like children with ADHD, adults need to have systems and accommodations in place to succeed. She is a paid consultant for McNeil Pediatrics™.

On behalf of McNeil Pediatrics™, Division of Ortho-McNeil-Janssen Pharmaceuticals, Inc, data for this survey were collected by the Harris Interactive Service Bureau on behalf of Richard Day Research. HISB was responsible for the data collected and RDR was responsible for all survey design, data analysis, and data reporting. Data were collected online between July 28 and August 8. The sample included 1,007 U.S. adults who have been diagnosed with ADHD.

CONCERTA® is approved for the treatment of attention deficit hyperactivity disorder (ADHD) as part of a total treatment program that may include counseling or other therapies.

CONCERTA® should not be taken by patients who have: allergies to methylphenidate or other ingredients in CONCERTA®; significant anxiety, tension, or agitation; glaucoma; tics, Tourette’s syndrome, or family history of Tourette’s syndrome; current or past use of monoamine oxidase inhibitor (MAOI); esophagus, stomach, or intestinal narrowing. Children under six years of age should not take CONCERTA®.

Abuse of methylphenidate may lead to dependence. Tell your healthcare professional if you or your child has had problems with alcohol or drugs; has had any heart problems, heart defects, high blood pressure, or a family history of these problems; has had depression, abnormal thoughts or visions, bipolar disorder, or seizure. Contact your healthcare professional immediately if you or your child: develops abnormal thinking or hallucinations, abnormal or extreme moods and/or excessive activity; or if aggressive behavior or hostility develops or worsens while taking CONCERTA®.

Stimulants may impair the ability of the patient to operate potentially hazardous machinery or vehicles. Caution should be used accordingly until you are reasonably certain that CONCERTA® does not adversely affect your ability to engage in such activities.

Succeeding With a Lack of Structure: Tips for Working On Your Own (Part 4) 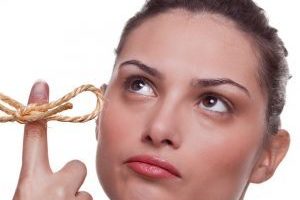 This Is MY Holy Grail of Planning Systems. Could It Be Yours? 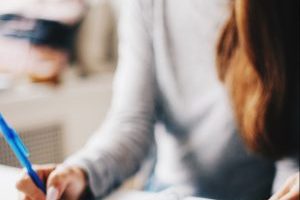