On Living Well With ADHD: An Interview with Terry Huff 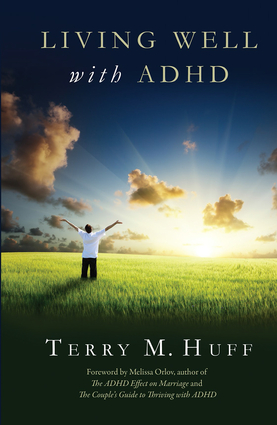 “I wrote this book to help you embrace your life. It is the only life you will have. You can’t come back and do it over once it is over.” Terry Huff, author of “Living Well With ADHD”

A psychotherapist in the Nashville, Tennessee area, Huff was diagnosed with ADHD about 20 years ago and since then has spent his life trying to help those in his practice and those who attend his ADHD Support Group, (ADDNashville) learn how to successfully manage their ADHD.

Wanting to reach out to an even broader audience, Huff recently wrote the book “Living Well with ADHD,” that presents “a different way to think about your differences,” Huff explains. “It encourages you to take charge of your life. It is not about overcoming a problem, but living mindfully and competently, and making the best of your creative potential.”

Huff hopes to inspire people with ADHD to learn how to embrace life right where they are. He wants to see less attention paid to changing and becoming and more focus placed on living life while paying attention to whether or not your intentions are lining up with your values.

Huff wants people with ADHD to ask themselves, “Who Am I?” and then answer that question on their own. “You are not what teachers and parents say you are. You are not your symptoms of ADHD, nor the habits you may have developed because of them.”

“You need to accept yourself as you are,” Huff continues. “When we feel like we are capable and we are mainly okay, maybe even wired better for creative work, then we are more motivated to grow and develop.”

“Fly your freak flag,” Huff advises. “Embrace yourself as you are and let your light shine. If you want to be productive, take one step and then keep moving. Pull your head out! Unplug from devices and other objects of mindlessness. Create something. Practice a craft or hobby that can bring joy into your life. Don’t take yourself too seriously. Lighten up about your screw-ups. When derailed, do what successful people do: start again without devaluing yourself.”

Huff points out that when he was diagnosed in the ‘90’s, he felt nothing but an overwhelming sense of relief. Now he knew why he had always been so forgetful, why he had such a hard time starting things that he found boring and mundane. He knew why he was distracted easily and somewhat disorganized.

“Being diagnosed with ADHD literally changed the course of my life and career,” Huff says, remembering when reading Dr. Ned Hallowell’s book, “Driven to Distraction,” in order to help a client, every page brought a new “a ha” moment for himself. Just like many of his clients, or those who attend his support group, “I felt like it was my story. I felt like I was reading my biography.”

Soon afterward, Huff began to take medication for his ADHD and experienced astonishing changes. “The first time I took medication, I remember thinking that it was like trying on someone else’s brain. Finally I was able to focus and move forward. Not only was I able to create order in my life, I enjoyed the ordering. I was finding that previously boring material was somehow far more interesting to read, and I could comprehend far better. Most surprisingly, I was hearing every word being said in meetings and lectures, which I never thought anyone did.”

Medicine makes a positive difference around 80 percent of the time, according to statistics, and should be given serious consideration, Huff suggests. “Getting the best from medication usually means being patient enough to find the right medicine and the right dosage for you.”  Huff adds that if you are among the fortunate few, your life might improve dramatically with medicine alone, but if you are among the majority, you have more work to do.

“The drug is not a cure; however, it does level the playing field and makes it easier for you to develop new skills and habits,” Huff says. Once a person finds the right medication it can help them keep track of their obligations, be considerate of others, prioritize effectively, activate on the most important tasks, and use their creative potential, he explains.

Unfortunately, Huff had to stop medication, due to another medical problem that precluded taking any stimulants and, as a result, it forced him to be more resourceful in how to live well with his ADHD brain.  Having just begun practicing Zen meditation, Huff stuck with it, and his ability to activate and sustain attention improved tremendously and he has become a huge proponent of meditation and mindfulness. “Mindfulness practices didn’t cure my ADHD, but enhanced my capacity for living well with it,” Huff points out.

Looking back on his life, growing up with undiagnosed ADHD, Huff says he didn’t really begin to struggle until high school. “I grew up in an “ideal” environment,” Huff says, attending a small school in what was then a rural area of Brentwood, Tenn., where he resides today with his wife and adult daughter. “It was the kind of school where you knew your teachers well, and when I misplaced things, somehow they ended up back at my home, because everyone knew everyone else.”

Huff says he was a good student until tenth grade when he switched schools and began attending a private school in order to play basketball, a sport he loved and was good at. “It was then that I began to encounter some problems,” Huff admits. “Just like most teens, other things began to vie for my attention, such as fast cars, girls and drinking beer,” he says with a laugh.

Huff’s grades began to nosedive and he continued to struggle in college until he switched his major from business to psychology, a field he had always found interesting. As a kid he says he read books on self-hypnosis and motivational books. “I always had this fascination with human behavior.”

As he began to get serious, and realized he wanted to go on to graduate school, Huff knew that he had to make some changes. So rather than try to study in his apartment where there was a television, loud music, boisterous roommates and beer, he began to go to the library, which had none of those things. “When I sat down at a study carrel, I studied. There was no food there, my friends were not there, there was no music (long before iPods and iPads, and cell phones), and I was motivated to get out of there, which helped me to start and keep working. All I did was change my environment, which was much easier than changing my brain. I felt I had more time to enjoy my life than when I was “trying” to study in my apartment.”

Huff says that he also figured out a creative way to organize and use a three-ring binder, which proved to be very instrumental in helping him become a better student. According to Huff, he began to organize all of his papers, tests, etc. in chronological order and when he studied for tests he studied only what was in the binder and didn’t overload his brain with last minute cramming.

Being the 60’s, Huff says he also began to read about Transcendental Meditation and began to meditate before tests. Pretty soon his grades began to improve. Between changing my study environment and meditating, “I went from hanging by a thread to making the Dean’s List.”

Huff ended up receiving his BS and MA degrees in psychology from Middle Tennessee State University and his MSW from The University of Tennessee College of Social Work.

About 10 years after beginning to specialize in psychotherapy services for adults and adolescents with ADHD, Huff started an ADHD support group for adults. Two years later he began offering workshops for couples with ADHD and with each service that he provided directly, or referred his ADHD clients to, he was inspired to look further into what else he could do to help this population.

“I did everything but write,” he says. Until now!!!!! Finally believing that he had something of value to share, Huff started and stuck with the writing of “Living Well with ADHD,” and is not only proud of his accomplishment, but really hoping it helps those with ADHD learn how to accept their ADHD and rather than try harder, learn how to try another way.

“Try another strategy! Be creative! Just don’t give up!”

Message from the Editor: Spring into Action! 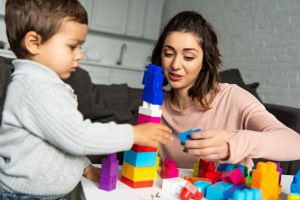 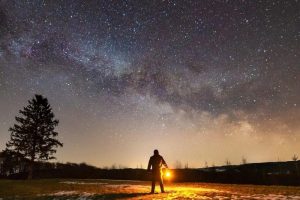 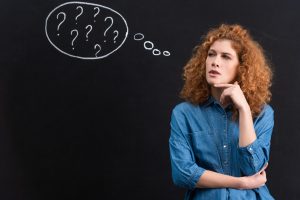