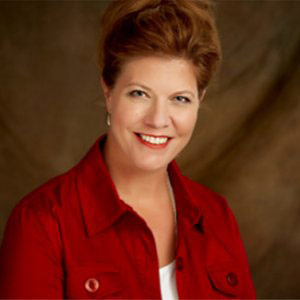 In just a few weeks, Laurie Dupar will host the fifth annual Succeed With ADHD Telesummit, an assembly of nearly two dozen ADHD experts for a five-day series of talks. The summit will be a culmination of months of planning, scheduling, marketing and web design.

How does someone with ADHD handle all this detail?

Laurie’s secret is a sparkling disco ball: a visual reminder of the many bright, shiny reasons that she follows her dream every day.

Laurie explains that, in this case, the shimmering symbol represents her Big Why, the Why that keeps her tackling this project, in addition to working on her ADHD Awareness Book – also in its fifth year – and being an ADHD Coach.

Five or six years ago, Laurie realized just how much remained to be done to build ADHD awareness. She made it her personal mission to educate as many people as possible and this became the really, really Big Why guiding her efforts. The clarity of Laurie’s motivation for doing this work is reflected in her personal disco ball, “sparklier” than everything else. When potentially distracting things arise the sparkle of that big disco ball keeps her focused.

In addition to a having a crystal-clear, big and sparkling Why, Laurie draws on her personal strengths to accomplish her goals. She says that she has a keen sense of attention to details, and when things get tough she can be stubbornly persistent. Laurie draws on her coaching experience when she needs a reminder that there are often many possible solutions to a problem, and she enjoys the creativity her career and projects allow.

So, what is the like to work in a space illuminated by a big disco ball? Well, sparkly.

Laurie explains some of the ways this bright, shiny vision helps her accomplish all that she does.

She keeps the faith. Laurie says she “doesn’t even consider that it can’t be done!” She claims it isn’t confidence, per se, that keeps her belief strong, but rather the perspective that if other people are doing something then there’s no reason she can’t figure out too. Laurie admits that this view plays to her ADHD strength of “not being realistic,” meaning she tends to look at possibilities rather than limitations. She believes that if she has an idea she can make it happen; it’s just a matter of figuring out how.

She forms a team. Early on, Laurie realized she would have to collaborate with others to achieve the goal of building ADHD awareness. She notes that this didn’t come naturally for, as she has always tended to be a lone wolf. Laurie explains that she has always liked working alone because she didn’t like being in the vulnerable position of having to trust others or of being in the position of dumping work that she didn’t want to do on others. Working alone was well within Laurie’s comfort zone, but the illumination of her big disco ball prompted her to consider that there are multiple, necessary facets of most worthwhile products and working alone isn’t always so comfortable after all. Laurie started forming teams for her big projects and she hasn’t looked back.

She sees mistakes as learning opportunities. As Laurie’s assistant Meg Gehan points out, one of Laurie’s strengths is that she has an optimistic outlook on making mistakes. For Laurie, mistakes are chances to learn and grow instead of failures that should stop you in your tracks. Her positive approach creates an encouraging atmosphere; her team isn’t scared to try things and take chances. Laurie prides herself on always being open to new ideas and that receptive attitude brings out the best in everyone on the team.

She has fun. Finally, as those of us who were around in the 70s know, it’s hard not to have fun with a sparkling disco ball dancing overhead. With Laurie’s bright vision guiding their work the team has fun working together, and the product of joy is often more joy. Luckily for us, everyone is invited to the party.

Learn more about the Succeed with ADHD Telesummit HERE

Adults with ADHD often say, “If I’d only known!” or “Why didn’t anyone tell me?” Life with ADHD can be hard. It can feel like a constant slog uphill in the snow (like your grandfather’s walk to school!)

Douglas Harris is a proud member of the ADDA Communications Committee. He works as an ADHD Coach in Ann Arbor, Michigan, specializing in helping intellectually gifted people who struggle with ADHD. With coaching, clients discover how to tap into the full potential of their extraordinary minds and put in place the ADHD-friendly strategies to make their dreams become a reality. Reach him at: Doug@ADHDSynergyCoaching.com

Coaches’ Corner: ADHD, Mind-wandering and Meta-Awareness: What the Research Says

Adult ADHD: There’s an App for That