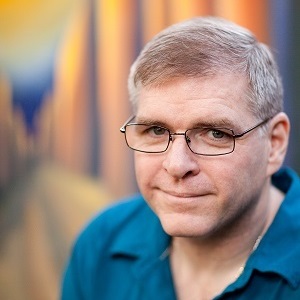 Duane was born in 1962 in New Brunswick, Canada. He travelled the world before settling in Montreal, Canada. He married Linda Walker in 1984 and is the father of two daughters, one of whom has ADHD.

Duane was diagnosed as an adult with ADHD following his own daughter’s diagnosis. Duane has worked in the ADHD community for more than 20 years. He is a founding member of the Montreal Adult ADD Support Group, in operation since 1998. He joined ADDA’s Communication team in 2005. He volunteered as a writer, and later edited the newsletter. In 2011, Duane joined the ADDA Board as Chair of the Communication Committee. the Board elected him president in 2016.

Duane knows the devastating impact of untreated adult ADHD. Despite his struggles with ADHD, he earned his business degree from the Collège Militaire Royal, veered into high technology, first as a programmer, later a teacher and finally rose to the executive level in high technology consulting.

Through it all, Duane’s childhood dream never wavered; he would be an artist. As he took control of his ADHD, he gave himself permission to pursue his art. It was only then he was able to unleash the creativity that helped him succeed in all areas of his life.

Duane is tireless in building awareness of adult ADHD. With awareness and knowledge comes hope. Duane dedicates much of his time to ADDA and to mentoring other adults with ADHD.