Don’t Throw the Baby Out with the Bath 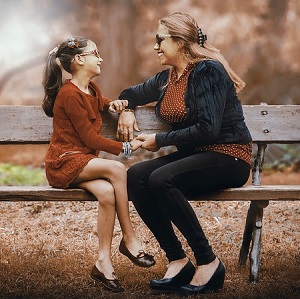 In our family, ADHD is like an heirloom, passing through the generations. Both my parents were ADHD. It’s a miracle I survived my upbringing. Let me tell you about my father.

I had always heard how my father failed Kindergarten. How does someone fail Kindergarten, anyway? Did he forget to clean up the Lego after playing with it? The jokes at my father’s expense were endless.

And it wasn’t only school. My father was always in trouble for one thing or another. If it wasn’t his teachers, it was my grandmother. Dad finally finished high school. He served a few years in the Navy and then started working as a laborer in construction.

My older brother received a Crohn’s disease diagnosis at age 8. This put a strain on family finances. Dad had to earn more, and soon.

Our family moved from Ohio to Florida in search of opportunities. Dad worked as a laborer while he studied for his General Contractors’ licensing exam. He failed on the first try. I still remember his embarrassment when he announced the results. I could tell he felt stupid, as he had in school. Of course, as in school, he never gave up.

On his next try, he passed. Before we knew it, he opened his own construction office. It was in a mobile home tucked behind a mini-mall. But he had a coffee maker with Styrofoam cups and a secretary! I still remember playing blocks on the floor in his office.

In a few years, he moved out of the trailer and into his own office building filled with staff. This former laborer also owned a manufacturing facility filled with laborers. He grew his staff to over 200 people. He had administrators, architects, engineers, salespeople, project managers, accountants and attorneys. Some of the smartest people to have ever attended school were on his payroll. A man who barely finished high school. Plaques, awards and magazine articles covered the walls throughout the building.

But, my father was never too serious. He couldn’t get through a staff meeting without a whoopee cushion. The expression on the faces of his lawyers and accountants was priceless. Random sounds of flatulence filled the conference room while he kept a straight face, too. But, that joke wore out fast. He was always looking for new ways to tease his staff and customers.

One idea involved an imaginary mongoose. He built a cage, and attached a fake tail to a wire. He wiggled the tail in the cage while telling his soon-to-be-victims about his pet mongoose. He told them the animal attacked people when let out of his cage. His customers would lean in, fascinated with what was inside the box.

Once he enthralled them, my father flipped a switch to open the cage. The gate swung open on spring-loaded hinges. The mongoose tail flew out of the cage and right at the victims.

Most people ran off screaming in terror. One man started having heart palpitations! My father’s lawyers made him stop playing the joke altogether. It was one of his saddest days when he had to retire his beloved imaginary mongoose.

My father not only gave me the “gift” of ADHD, he gave me nine years of college. He paid my tuition in cash, every time, with no questions asked. I have a graduate degree in Marriage and Family Therapy and a law degree. He was so proud of my academic accomplishments. He had struggled so, that when I aced the bar exam, he ran through the office showing everyone the printout. I was his validation. He couldn’t be stupid, despite his experience with the education system.

But, validation is external and temporary. The beliefs ingrained in our psyche from our childhood are strong. Failure always loomed for my dad, despite everything he accomplished. Self esteem can often distort reality.

I hate the term, Attention Deficit Hyperactive Disorder. Neurotypical society assumes their brains work. Ours don’t, and so we must be “fixed.” Are there things we struggle with? The mundane, coordinated, humdrum tasks required to “succeed” in this world.  Social norms we must meet to “fit in” as “normal”? Yes. But let’s not throw the baby out with the bath, either.

My father did not succeed by NOT paying attention to things. If anything, he paid TOO MUCH attention. Yes, he missed mundane details the neurotypical brains he employed obsessed over. His brain didn’t need to work the same way theirs did to succeed. He needed THEM. But, to be fair, they needed HIM too.

Research in cellular biology is debunking Darwinism and Survival of the Fittest. Darwin thought those who thrive as individuals will survive. Mounting research is suggesting that Lamarks Theory may be more accurate. This theory suggests that individuals who can thrive in groups are more “fit.” It is our differences and their unique gifts, used collectively, that allow us and future generations to thrive.

My hope is one day our education system will catch up to this mounting research. We need to stop “homogenizing” our children. Stop telling them (and their parents) they need to be “fixed.” Until that day, I’ll start at home, with my own daughter. She has an “Attention Difference.” We celebrate her differences. Yes, we also work to help her fit into a neurotypical-heavy society.

Renee Sanger-Albert, Esq. is an attorney, Marriage and Family Therapist and ADDA Board member. She lives in Boulder, Colorado with her husband and two daughters. She is a 20-year yoga practitioner. In her spare time, she loves hiking in the Rocky Mountains, reading and complaining about politics. 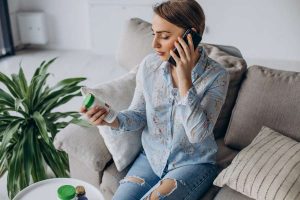 What kinds of new ADHD medications are available for adults? 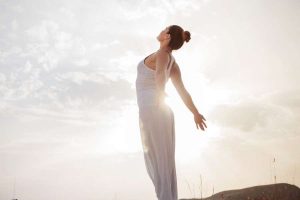 How do I do the inner work? 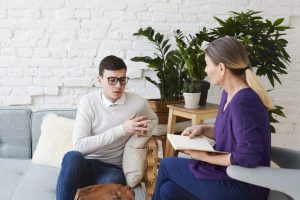 How do I choose an ADHD coach?