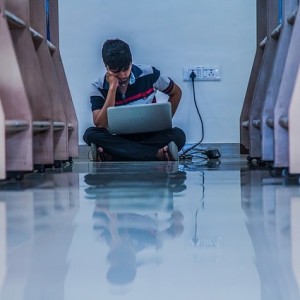 One of my typical ADHD behaviors in an elementary school classroom was to constantly recline my desk and balance on it.  Teachers would call my attention on this all the time.  Also, I just couldn’t keep my shoes on, so I would take them off and very often the teacher or other students would take them away from me.  No, it wasn’t fun.

Overall, it was very difficult for me to pay attention in class. My dad told me that once he met with one of my teachers and who said, “Gabriel will see a bird by the window and fly away with it.”  I think the only reason I made it through elementary school is that our mom always took the time to help us (I have one sister and two brothers) with our assignments and didn’t allow us to do anything else until we were done with them.

My journey through high school was full of stumbling blocks.  There wasn’t a single year that I didn’t have to take “special” summer classes to be able to make it to the next grade.  I always lagged behind in mathematics and also Spanish classes… oh did I hate those!  In the end, I will never forget when I finally graduated from high school, the thought of not having to wake up at 6:30 a.m. to go to school made that day the happiest day of my life.  Much later I learned it was my rebellion against structured environments which made it so painfully difficult for me, as if somehow, I was being tortured without knowing why.

It’s been three decades since my days in elementary school and I’m still in school, now almost finishing a PhD, in Molecular Biology… odd to think about it, I became a proficient genetic engineering expert.  I’m pretty sure none of my teachers from elementary school or high school would’ve ever predicted that I could make it this far.  To be honest, not even I myself could’ve predicted this… not in a million years.

My academic journey has been painfully difficult in all sense, but it has kept me motivated and has provided me the greatest opportunity to know myself, my true potential and my limitations.  Still, I can certainly say that college years were for me the best time of my life, that is, the third time I tried it, when I finally decided I should study science.  After previous failed attempts to study business and music, the curiosity generated by science was key to my success as an undergrad.

But so far, nothing compares to graduate school.  Graduate studies have been the most challenging, both physically and emotionally.  It has tested my resilience in every possible aspect, but by an array of coping mechanisms, medication, heavy support from family and friends (much of which have been hundreds of miles away from me, since I left my hometown in this academic journey), I’ve managed to survive the most difficult environment any individual with ADHD could ever encounter.  Too many days I’ve broken down crying thinking I wouldn’t make it through, but motivated and in love with research and learning, I managed to overcome examination after examination, board of PhD evaluations and constant mistreatment – bullying and mockery – by unforgiving colleagues.  I still have faith I’ll make it through and one of my motivations is the fact that I’m so different than the rest.

I believe this difference (ADHD) is precisely the value I bring to the table.  I believe society is enriched by differences, not only cultural, but of intellect.  I believe if more people like me were better understood and integrated into challenging and demanding positions, that they can make great contributions, many times even the best and totally unexpected contributions.  What makes it hard – and ironic – is that others are quick to take credit of our work, not only because it’s not uncommon for somebody with ADHD to end up extremely underestimated by others around them – due to our unusual and many times ‘disturbing’ approaches or erratic/unpredictable schedules – but also due to the accompanying low self-esteem we often find ourselves drowning in.  I just accept what they’ve given me and without much complaint, I’ve had to become accustomed to taking blames, for they’d be quick to point out my obvious ‘stupidity’ and seemingly endless irresponsibility. There just seems no way that normal people would ever understand that the things I ‘do wrong’ or when I just forget something, that it wasn’t my intention and that I constantly struggle to keep up with the simplest of responsibilities.

In such demanding environments, we have no other choice but to always be in a constant state of urgency, everything seems to be crumbling all the time, as if we’re always behind and things are mostly burning down and we are desperately working to keep the ‘fire’ from consuming us.

This is the life of ADHD to the maximum expression.  We have no other choice.  Every single day is a fight.

I want to succeed.  I want to let others know that they can also succeed, even if they exhibit all the classical symptoms of ADHD, like I’ve experienced all my life.  I want others to be aware, very aware, that there are many that think, process and do things differently than themselves, but most importantly, that we all need each other, no matter how different we are.

How to Use Your Trampoline as the Ultimate ADHD Management Tool

What About Dogs and ADHD – Does it Work? 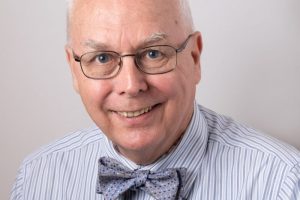