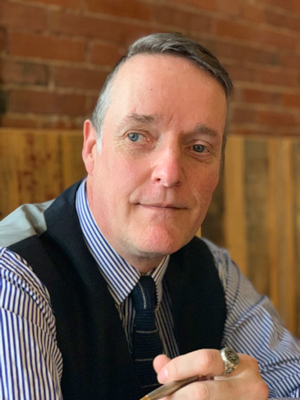 Erik Anderson has a special relationship with the word “impossible.” He was born with Cerebral Palsy. All his life people tried to tell him what THEY thought he COULDN’T do. He realized he could either listen to them and live in a very small world or ignore them and live in a much larger one. As a result he’s done things many other people only dream of doing.

Erik is a life-long advocate for system change with decades of experience working in both the public and private sector. In addition to his personal advocacy, he worked for equity in employment as the Affirmative Action/ADA/Diversity Coordinator for the State of Iowa. He was also a Family Support Specialist under I.D.E.A. working to get services and accommodations for children with disabilities in schools. It was there he learned the power of direct one-on-one advocacy to create meaningful change.

Erik learned about his ADHD as an adult. It changed everything he thought he knew about himself. Up to that point, the world tried to define him by the visible disability it could see. But his ADHD didn’t show and so the struggle was invisible to the rest of the world.

He is currently an ADHD coach. Now he helps others turn ADHD into their greatest strength instead of their biggest struggle.