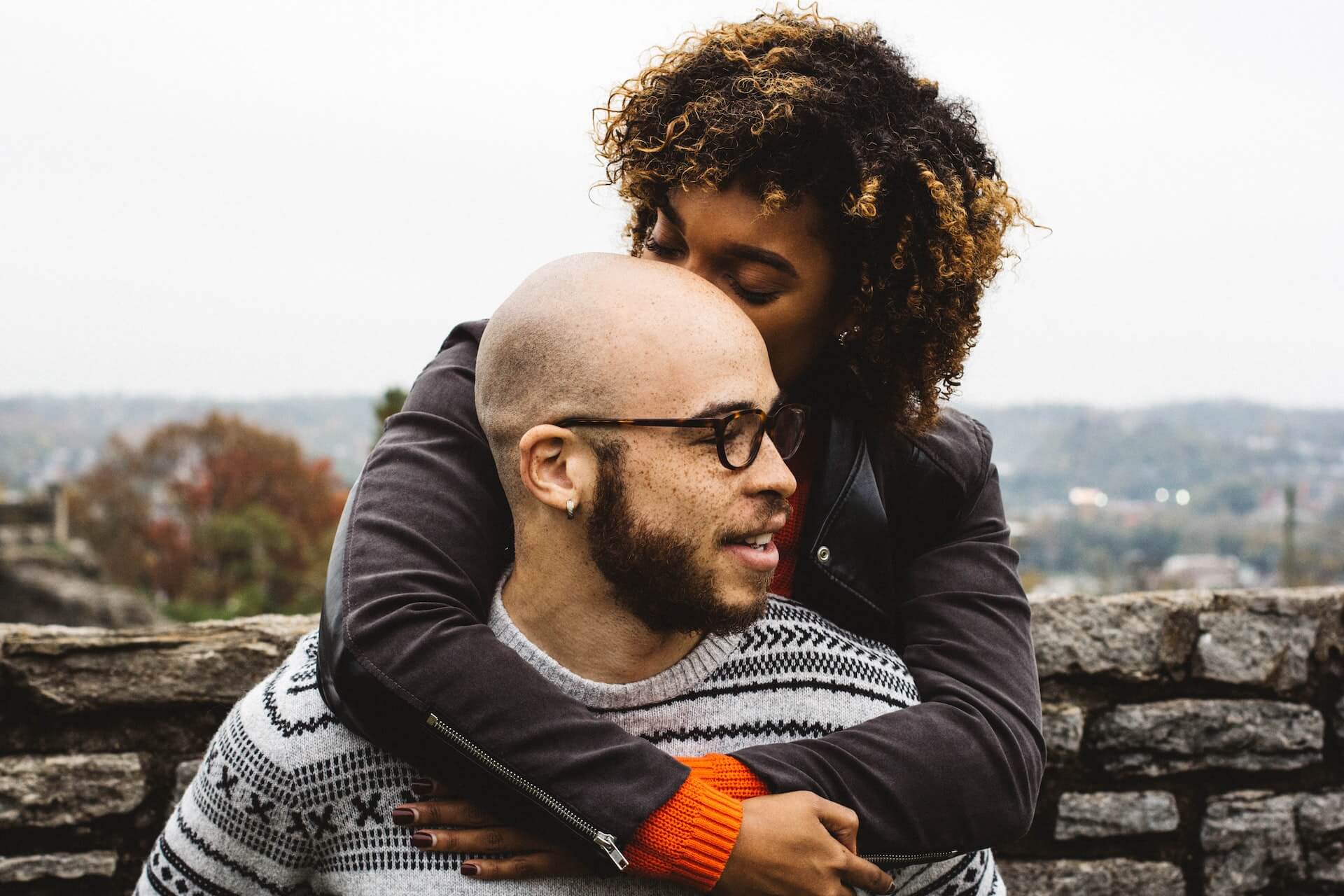 I have enjoyed the first year of ADDA’s Non-ADHD Partner Peer Support Group. From the feedback I’ve heard, our participants enjoyed it as much as or more than I did!

Today, I want to share some “tips and hints” that worked for our partners.

NOTE: I’ve changed names to keep it less confusing. Couples are “husband with ADHD” and “wife without.” Our apologies to guys and non-traditional couples.

I dug through my notes to find the very best advice our members offered each other. My criteria for deciding what to share with you were:

Why “yourself”? One of the most common questions we hear is, “What can I do if my partner is not on board?” Unfortunately, many live with someone in denial or minimizing their behavior’s impact.

I divided the suggestions into two types: Actions and Attitudes. Actions are behaviors you might try to put in place. Attitudes are ways of looking at your situation that you might find helpful.

Originally published on April 26th, 2018, this article was updated and republished on September 16th, 2022.

At the very top of the list is self-care. To work on your relationship, you must take care of yourself first. And that’s especially true if you have kids. Make sure you and they are as healthy as you can be while you work on managing ADHD in your household.

What does self-care look like? Get enough restful sleep. Eat well. Exercise. And take time for the things you enjoy.

It may seem impossible at first. “I’m already stretched too thin!” “Where will I find the time?” But all who tried it say it’s worth the effort. When you’re not exhausted and frustrated, it’s easier to fit other things into your schedule.

Many said they had to get past feeling guilty or selfish when they take time for themselves. But they saw results in themselves, their kids, and their relationships. Then they knew it was worth it.

It might be easier than you think: Carol said she asked her husband to make a small grocery run with the kids. They were gone less than half an hour, but during that time, she was able to do the dishes. It doesn’t seem like much. But she enjoyed doing the dishes and felt recharged.

Mary told us she keeps a “venting book” in the trunk of her car. When she gets too frustrated, she takes a short drive. She stops to write down her thoughts. It’s a way to get it out of her head, and it’s a break from the situation—another form of self-care.

2. Attitude: Think of ADHD as a Cultural Difference That Will Always Exist

We’ve had a few international members and couples from many different types of families. Some cultures have stricter expectations about the roles of husbands and wives. Families have different views about “appropriate” behavior.

When you marry your partner, you marry their upbringing too.

Some members compared that with adjustments they’ve made to live with their ADHD partner. It’s a useful model. It helps us stop asking who’s right or wrong.

They aren’t right or wrong. They are different. And they will always be with us. These aren’t things to “fix.” You must integrate them into the relationship.

Thinking of these as cultural differences lets you feel less offended. The behaviors aren’t directed at you. It’s not that he doesn’t love you or doesn’t care. He grew up in a different world, with a different frame of reference.

3. Action: Boundaries, Part 1 – Set Them and Keep Them

You’ve heard it a million times, but what does it mean? And, does it work? There are good books, podcasts, and videos about setting boundaries. Instead of talking about it, I’ll share some of our members’ stories.

Let’s look at the boundaries they set and the impact they had:

A few others said they were quitting the Timekeeper job, too, with mixed results.

In some cases, the husband stepped up and paid more attention. In others, though, they’re still arriving late but have let go of feeling responsible.

This is another way of setting boundaries. Be clear. Be consistent. Members have had success when they used some of the following:

Would any of these be helpful for you?

4. Action: Make Sure “We’ll Talk About It Later” HAPPENS

Learning to de-escalate conflict is a basic survival skill for any couple. It’s helpful to have verbal or visual cues when an argument is going to escalate or go around in endless circles.

One couple uses the word “kibosh,” and another comes right out and says, “We’ll get back to this later.”

It defuses the situation, but if your partner has ADHD, there’s one more thing to consider. Given our “now/not-now” way of handling time, the odds are good that “we’ll get back to it later” won’t happen.

So, you need to take one more step: make sure your partner commits to a date and time to do the follow-up. You can suggest one or ask them to, but don’t leave it with “later.”

Does this scenario sound familiar?

Mom has been asking Dad about summer vacation plans for months. Dad is always busy but promises he’ll get to it “soon.”

At some point, Mom takes it on herself to do the planning. When Dad finds out, he’s upset. Not only did Mom usurp his authority (never said that way, of course), but she isn’t thinking BIG enough.

Mom’s vacation is a trip to Six Flags. Dad wants to rent a mobile home and drive cross-country. He’ll stop at the Grand Canyon, then do a little mountain climbing in Colorado. That is, if they don’t go to Europe. Or China. Or both.

One of our moms ended up renting movies and having pizza night at home with her daughters. It was a wonderful stay-cation, but it wasn’t the original plan.

They had bought plane tickets and made hotel reservations for a week out of town. But Dad kept delaying until they’d missed their flight and lost the reservation.

At least two other moms said they’d given up on family vacations. They find interesting things to do around town.

Sharing stories like these helped other moms take hold of their vacation plans. One made it clear to Dad that she and the kids are going on vacation with or without him.

Another gave Dad two options. This made him feel like he was part of the decision. And she didn’t watch him go through an endless stream of possibilities.

Barbara takes a very creative approach. She makes travel plans with some favorite neighbors. That way, the kids have someone to play with, and she has good friends to sit with around the campfire.

Bob said living with his wife’s ADHD sometimes makes him feel like Charlie Brown. Lucy is holding that football. He knows she’ll pull it away when he tries to kick it, but he does it anyway. Maybe this time it will be different.

Our partners are on a roller coaster, and it isn’t fun. We say, “I’ll do better,” and we mean it, but six months later, we’re both looking back, wondering, “What happened?”

How can we expect anyone to live with this?

The best answer we’ve come up with is that it helps to accept that it IS a roller coaster. It helps to know that the low points are only temporary. But when things are going well, you can’t expect it to last forever.

It’s difficult. And sad. Some partners don’t let themselves enjoy the good days. They’re waiting for the other shoe to drop. Others say it’s made them live more in the moment. They enjoy the positive when it comes, but they don’t expect a permanent change.

The most helpful advice seemed to be this: accept highs and lows. Be realistic about what you can expect from your partner.

7. Action: Don’t Be Afraid to Be Obvious

This final bit of advice is short and sweet but has worked for several couples: Make things visible.

And communicate. Be honest and direct. Say,

That last piece is the most useful thing I’ve learned this year from all our amazing members. Communication is critical. Communication and commitment. No books or articles will help. No advice or counseling will help.

Both of you must commit to making it work. It can be a long road, and the results may not be what you expect. But wherever you end up, you’ll be there together.

How to Use Your Trampoline as the Ultimate ADHD Management Tool

Coaches’ Corner: ADHD, Mind-Wandering, and Meta-Awareness: What the Research Says 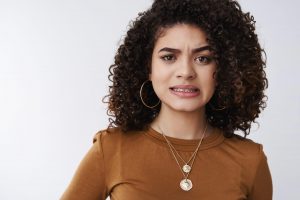 Oops I Did It Again! How to Stop Saying The Wrong Thing At The Wrong Time 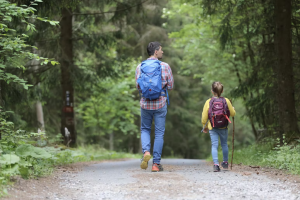 The Challenges of Parenting with ADHD (And How to Handle Them) 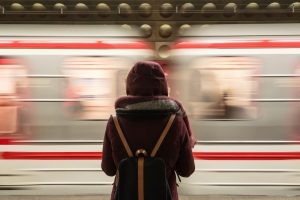